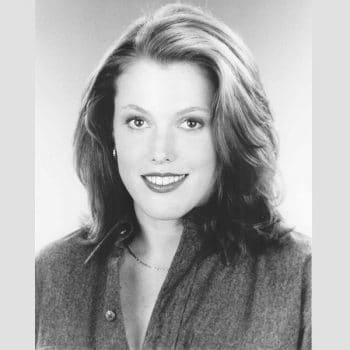 Heather Wrubel started her dance training at the very young age of 2 in a military recreational center in Karlsruhe, Germany. Her mother said she needed to get her into a dance class because she could no longer take her jumping off the furniture and twirling around the house. Who knew this first experience with dance would shape her entire life’s journey!

Heather’s formative years were spent in Fayetteville, North Carolina where she trained under Dorothy Davis at the Academy of Dance Arts. Her focus started in ballet and trained in the Royal Academy of Dance technique. She discovered her passion for dance and started to cross train in other genre of dance to include tap jazz and modern dance. At the age of 10 she moved to Neu Ulm, Germany and continued her ballet training with Frau Stanascu at the Senden Schule of Musik and attended the Stuttgart Ballet summer intensive program. While training in Germany at the at of 12, Heather worked with a touring Company that performed the “Nutcracker” ballet throughout southern Bavaria. During high school Heather was back in the United States and attended many summer training programs to include ADF (the American Dance Festival) at Duke University and trained with Luigi learning more about jazz dance technique and history in New York.

Heather continued her dance training on a collegiate level at the University of the Arts in Philadelphia, where she received a Bachelor of Fine Arts in dance education with a specialization in Modern dance in 2000. Her focus was on psychology, kinesiology and dance pedagogy. During her collegiate years Heather had the amazing opportunity to perform Paul Taylor’s “Esplanade” under the direction of Ruth Adriene.

After college Heather moved to New York and trained at the Paul Taylor School in New York. She worked as a dance instructor with several dance schools throughout the Tri-state area from 2000-2002 where she then married and moved to Savannah, Georgia. In Georgia, Heather was the Dean of the dance department of Gadsden Elementary Fine and Performing Arts School. She co-produced productions with the drama and music departments for their annual winter and spring concerts. Heather is still performing today with Blind Faith Project in Philadelphia and is always looking to improve her art.

Heather founded BDCS in June of 2010 with the goal of providing quality dance educational facility that would engage students in the performing arts. Cultivating a passion for the arts is Heather’s mission. She enjoys watching her students develop into amazing human beings that are passionate about life and excited to pursue their life journey!